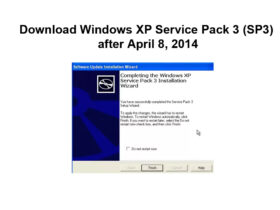 Many new and/or novice Mac users that get a G3, G4, or G5 Mac for the first time (but may be very experienced Windows power users) or people who wish to run Windows on their Mac like a modern model, ask the question: Can Windows run on a Mac?

The answer is yes, it can. Best of all, you do not need Virtual PC either. You can legally and freely download an open source application called Q based on qemu. You will need, however, a legal copy of Windows XP, which hopefully you already own.

However, BEFORE READING ON, you *must* have a fast enough processor to even emulate Windows XP. An original iBook clamshell, even if it’s loaded with RAM, probably just won’t make the cut–as things will be incredibly slow. It’s strongly recommended for a halfway-good experience, that you have a G4.

Step 1. Download Q from the Internet and mount the disk image that appears either in the Downloads folder or the Desktop (if OS X doesn’t mount it for you.) 🙂

Step 4. Open Q and set up your virtual machine. You can title the machine after any computer model you wish–you could even call it “XP PowerBook” if you wanted to, and for the guest OS, select Windows XP, and click OK.

Step 5b. In the hardware tab, give the virtual machine *at least* 256 MB RAM.

Step 5b. Now, if you are going to follow B of Step 8, then SKIP THIS STEP. Otherwise, find the Hard Disk menu item toward the bottom of the pane, and click “Create other disk image…” For size, make it 10000 MB, as a compressed qcow. Don’t worry–the image will get bigger over time–it won’t take ~9.9 GB immediately!

Step 6. Click Boot from CD-ROM and make sure you’re using the built-in CD-ROM.

Step 8. Before reading on, you have two options, which are listed below, the second much kinder and faster than the first. You can do whichever options works best for your case:

A. Double-click the PC, and the emulator should now be booting into Windows Setup!  Now, you will need, even on a faster PowerPC processor, like a high-end G4, to leave the computer alone for 4-5 hours. Installing under emulation takes a *very* long time on these machines–so this is NOT for the impatient whatsoever. You will even need to turn off sleep mode for the next 24 hours to let everything complete.

B. However, let me give you a MUCH better tip–if you have a PC that has 512 MB to 1 GB of RAM in it, you can also install Qemu Control on that, make a qcow image (NOT qcow2!) that is compressed, install Windows XP on that, burn the virtual hard disk file to DVD or copy it to a flash drive, and transfer it. On the Apple, put in the DVD in (or plug in the flash drive), and put the disk image in your home folder. Open Q, and the virtual computer you setup. Find the new disk image. This is MUCH faster, and takes only a few hours.

Either way, you will find the end result much rewarding!

So, for those wondering, Windows XP can actually run on these computers! Don’t give up on the PowerPC computer class, long-time Apple fans! 🙂