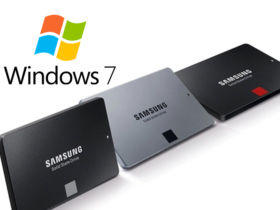 Is your computer a little on the slow side when loading up programs? Well the reason for this is because hard disks are really slow compared to every other part in the computer. Whenever you load a program, it is always going to do accesses off the hard disk and this is what slows everything down. Well what if it was possible to tell Windows 95 and 98 (note: Windows NT already has this feature built in) to buffer a lot more data in RAM then it currently does? Well it is. Windows 95 and 98 have this feature in them but by default have it turned off. By buffering data in RAM and only writing and reading from the hard disk when it is absolutely necessary, programs can run (not load, at least the first time they are loaded) remarkably faster. Turning this feature on is very easy but you should be cautioned about the implications of using this feature. Firstly, do not attempt to use it if you have less then 16 megabytes of RAM, it won’t make any difference at all, it only starts to make the real difference when you have 32+ megabytes of RAM. Secondly, by buffering data in RAM, there is a larger risk of data loss if the computer crashes. Anyone that uses Windows NT (which buffers data in RAM, better known as disk caching) will have horror stories about how they rebooted to a different system after a crash, i.e. files that they deleted reappeared and files that they made gone. Windows 95 and 98 don’t buffer data in RAM as much as NT does but it is still possible to lose information if your computer crashes. Don’t worry too much about the data loss on a crash, I have used this feature for a long time and have never lost any data after a crash. Now that you have been warned about the advantages and problems, let’s look at how to enable this feature.

Step one. The first thing that you need to do is open the System control panel. You can either do this by right clicking on My Computer and going to properties or going into the control panel folder and double clicking on the one that says System.

Step two. Click on the performance tab in the System control panel.

Step three. Click on the file system button and change the typical role of the computer to a network server. Also change the Read Ahead Optimization to full.

Step four. While you are really done and can stop here, there is really no reason not to click on the CD-ROM tab and making the Supplemental Cache size large and changing the Optimization Pattern to quad speed or higher.

Step five. If you are prompted to reboot your computer do so.

Now that you enabled disk caching, try it out. Double click on a program such as Netscape and wait for it to load (it shouldn’t really load any faster then before). Next close the program and wait a few seconds and then reopen it. It should load considerably faster then it did the first time. This is because the program is being loaded from RAM and not a hard disk that is about a thousand times slower.