It is a common occurrence in the Programming Forum to see questions related to creating text files with a batch script, be it to create a secondary script or a particular format of text file. This “How-To” will attempt to outline all of the information needed to create files successfully.

Cmd/Bat scripting by default creates ANSI encoded text files unless cmd.exe was started with the “/U” switch, in which case in will create Unicode formatted text files(Without a byte-order-mark). It is only the output file that differs, the procedure to create the file is the same.

Creating text files in batch is easy, there are two main operators:

“>” – Output the command to file, overwrite it if it already exists, otherwise create it.

“>>” – Output the command to file, append to the end of the file it if it already exist, otherwise create it.

The syntax is very easy, but of course there are a few rules:

Almost any command that outputs text, including other scripts and error streams, can be redirected to file. Programs that write directly to the console window can’t be redirected, though few programs actually do this.

“Grouped commands” or “code blocks” can be redirected to file in a single step. This can save typing and generally make the script look much cleaner.

This means that if statements and for loops can be output in a single step, rather that redirecting each individual command. Again the redirection can come immediately before or after “code block”.

It is important to remember to take into account variable expansion issues when inside a “code block”.

In batch script streams are noted by the numbers 0 – 9, of which there are three usable streams(0 – 2). As far as output goes only stream “1” (standard output) and stream “2” (error) need to be considered.

When addressing a particular stream the number that denotes the stream must be immediately before the redirection operator, if omitted(as in the above examples) the standard stream is assumed.

As you can see above you simply insert a “2” in front of the redirection operator to output errors and that errors can go to one file with the standard output to another.

You may have noticed the strange looking “2>&1”, this redirects the error stream into the standard output stream. It always follows the same syntax “x>&y” where “x” is the stream to be mixed with stream “y”. This stream redirection must come after any file redirection, the changes are still reflected in the output.

The “echo” command can be a very useful tool when creating files. It allows a whole line to be specified and can be partially or completely variable content. However there are a few key considerations when using echo.

If you redirect after “echo” and leave a space between the last character and the redirection symbol you may be left with a trailing space in the output. It is possible to omit the space but it can lead to further problems(see “Accidental Stream Redirection”).

This form of echo also works without leading spaces, so it can be used generally; mixing forms is not required.

Using “echo” with a colon also makes it possible to output empty lines. The following outputs an empty line into “somefile.txt”:

The catch with redirecting after echo and not leaving a space is that if the last character is a number and second last is a space cmd.exe thinks you want a particular stream redirected. This is also an issue with “standard” percentage sign(%) enclosed variables, as they are treated as plain text.

The easiest and most reliable method to avoid both trailing spaces and accidental redirection is to redirect before echo.

Of course this can still result in trailing spaces, but only if the text you output has them.

The final catch that echo has for us is dealing with characters that have special meaning to the command processor. The main problem is that most of the escaping is conditional.

When used with echo the escaped variables can hold any characters(except possibly the exclamation mark(!)) without any issue, those that aren’t escaped must already contain the necessary escape sequence(s).

If already inside a variable it is already escaped.

The exclamation mark(!) only needs to be escaped if Delayed Expansion is enabled. If it is then it must be escaped by two carets(^).

It is also worth noting that exclamation marks will either disappear or expand as variables inside of Parameters, Standard Environment Variables and For Variables, unless the variable has the right number of carets already in it(four or more depending on the circumstance).

The closing Parentheses character “)” needs to be escaped if the echo is inside a “code block”.

Well that’s all for this “How-To”, I hope you have enjoyed! 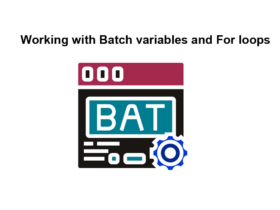 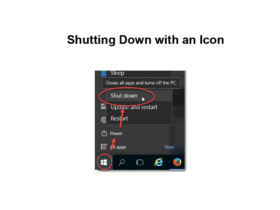